Not only was FUMC the first Paragould church, its history shows that even before its actual beginning, it was part of the first church formed in Greene County itself, had ties to Benjamin Crowley, and lays claim to the first county judge.

Francis Asbury was sent to England by John Wesley as a missionary to America. In 1804 Asbury extended this missionary work to the frontier west of the Mississippi River, according to History of Methodism in Arkansas and Greene County, written by Bob Branch, present member. In 1819, Isaac Brookfield met Asbury and was inspired to take up missionary work. Brookfield was sent to the Arkansas territory, where he married Nancy Campbell from Lawrence County. Nancy's sister, Cynthia, married Thomas, eldest son of Benjamin Crowley. Brookfield organized the first church in Greene County, led the movement for the creation of Greene County and was appointed the first county judge. 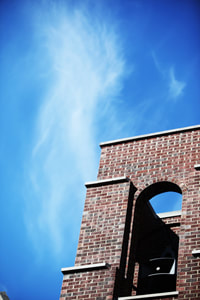 FUMC's origins were not in a church. One might say they began with a circuit riding Methodist preacher by the name of Riley Diggs, great-grandfather of Branch. Diggs (1823-1890) rode horseback to his appointments in Clay, Greene and Craighead counties and held the first revival ever held in Craighead County, according to the History. The beginning of methodism in Paragould began with another circuit rider, the Rev. F. E. Taylor, pastor of the Greensboro Circuit, who came to Paragould in February 1883 and preached in an unfinished store building located on the south side of West Main Street. “The building was cleared of materials and seats were improvised from plank,” Branch wrote in the History. “The minister continued his visits to the new and growing town of Paragould and conducted his services in a small building belonging to John F. Dover, located on West Emerson Street in the downtown section.” That summer he held an extended meeting, in which he organized the First United Methodist Church with 13 members.

In August of that year, W.S. Pruett deeded the church lot, at the corner of Second and Emerson streets, where a building was erected on the lot and occupied immediately, the History records. This was the only church in Paragould at the time. “The building was made available for use by all denominations,” Branch wrote. “About this time a parsonage was built” - another of FUMC's firsts, as it was the town's first parsonage.

“In 1893 the congregation had outgrown the original frame structure and the location for a new and larger building was secured at the corner of Third and Emerson streets,” Branch wrote. “An elegant brick structure was built on the same site where the Ford building is now located. In 1900 the Paragould District was formed and a district parsonage was constructed at the corner of Highland and Sixth Street for the presiding elder, as the district superintendent was then known.”

Margaret Stricklin remembers stories told by her husband, Paul, and his family about the church. Her father-in-law, Robert E. Lee Stricklin, as a young man helped build the old church building and years later helped build the new one as well, working in the sanctuary. “He helped put up trim,” Stricklin said. “The family tells me he did all the work that required scaffolding in the sanctuary because many men were afraid of the scaffolding and he was not.” She went on to say she believes Robert helped with the original painting of the building and said her husband probably helped paint in more recent years.

Margaret, who just turned 90, said she was young when she married Paul and became part of his and FUMC's family. “I grew up in First United Methodist Church,” she said. Because of her health, she is not able to attend church as she once did. “Church is dear to me,” Margaret said. “My heart's still there.”

FUMC's present church building was begun under J.B. Evans, 1923-26. The lot and parsonage were contributed by Sarah Wyse Cook, Branch wrote. The new church was described as a “noble structure of rare beauty,” with a total cost was $125,000, including a $10,000 pipe organ. “This building was first occupied by the congregation on Sunday, Nov. 21, 1926. In October, 1933, the 50th anniversary of methodism in Paragould was celebrated. The membership had grown from 13 members to more than 800.”

Robin Patten, financial secretary and outreach coordinator from 1986-1994 at FUMC and present member, said under the stairwell in the old boiler room used to be a coal chute from the outside. She believes the church was built without bathrooms. She said the Wirta Potter Chapel was built for the church's organist, who played for every occasion at church, including weddings and funerals, and also played for Rotary. “She dedicated her life to the service of our church,” Patten said.

In 1979, the church facility expanded with the construction of the chapel, bell tower and fellowship hall, the History records. The stained glass windows in the chapel were designed by Rhonda Crow, associate pastor at the time. Each window depicts a significant biblical event or story. The bell tower contains the original church bell and is rung on special occasions.
First Methodist Church was formed with thirteen members in the summer of 1883. On August 18, 1883, the church was given some property on the southeast corner of Second and Emerson. That summer and fall and frame building was erected. This was the first church building in Paragould. It was built during the time when Paragould covered 12 blocks south and east of Court and Second Streets.

A new building began in 1894 on the northeast corner of Third and Emerson.

Construction at the present site began in 1924. The first service as held on Sunday, November 21, 1926. That same week the North Arkansas Conference held its session in our building. The cornerstone was finally placed in April 1931.

The building was created even before the Paragould City Hall and Fire House, both of which were built in 1890, and the electric plant, which followed a year later. 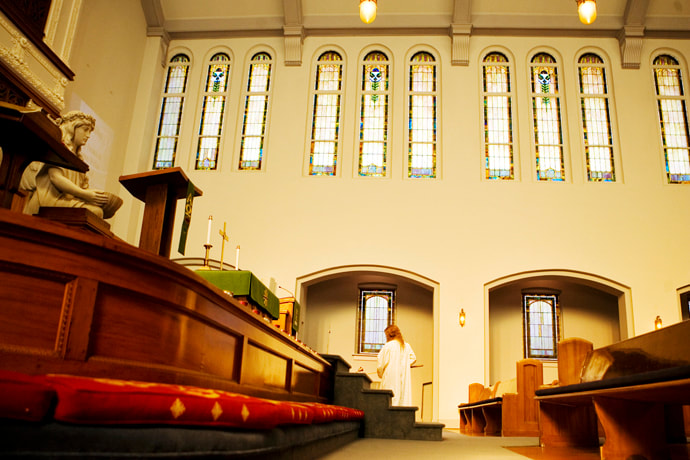 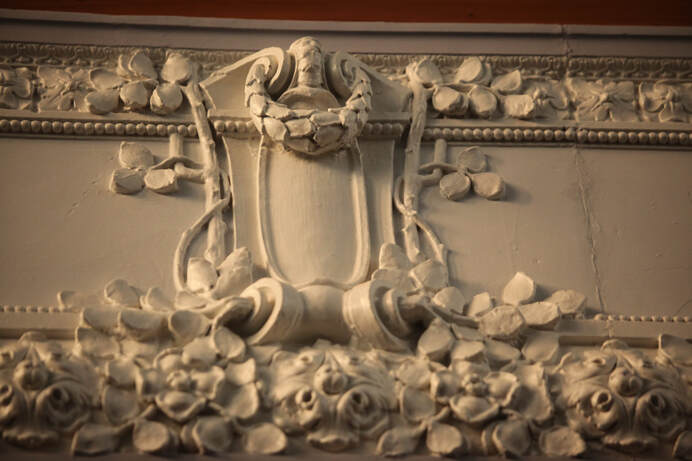 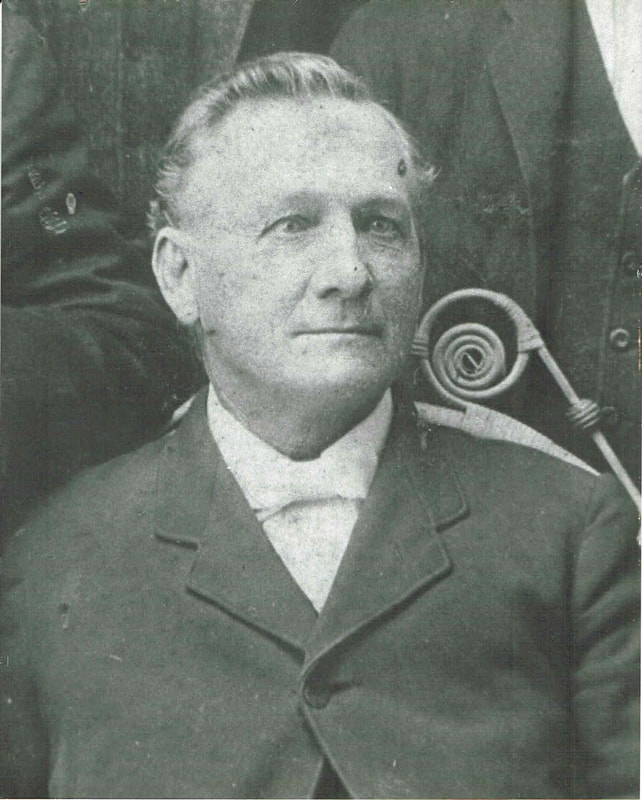 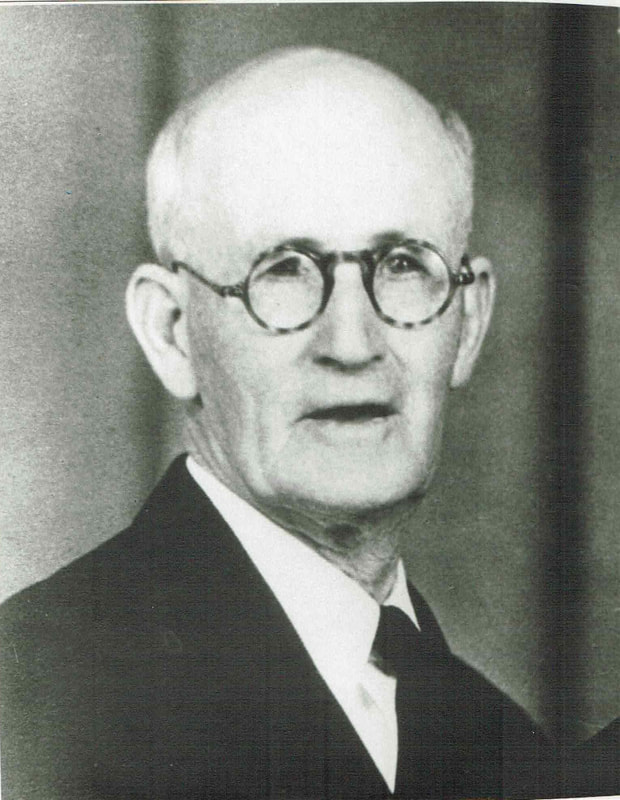 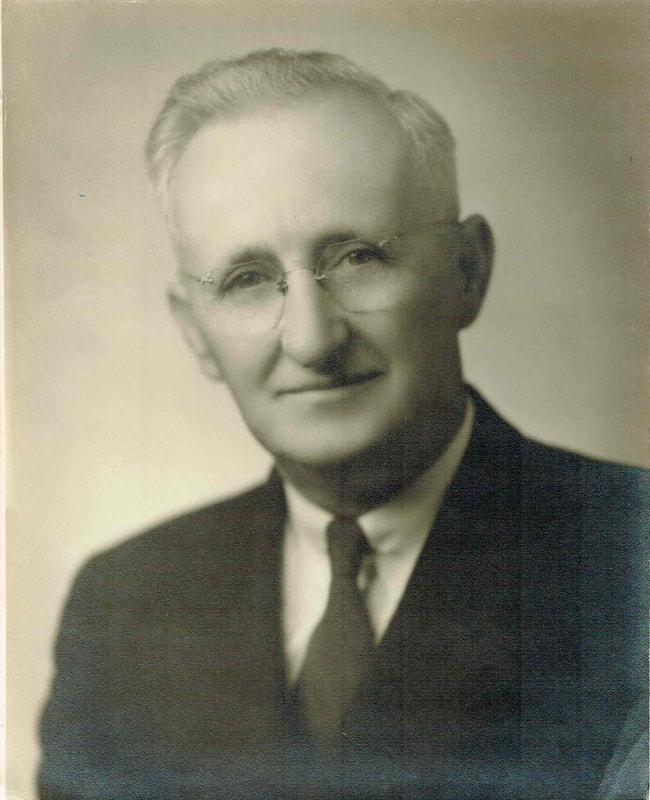 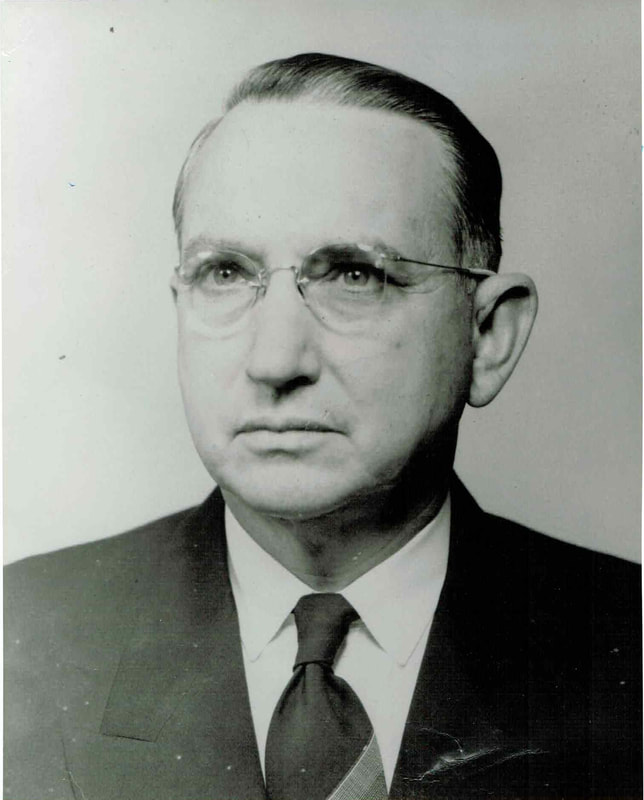 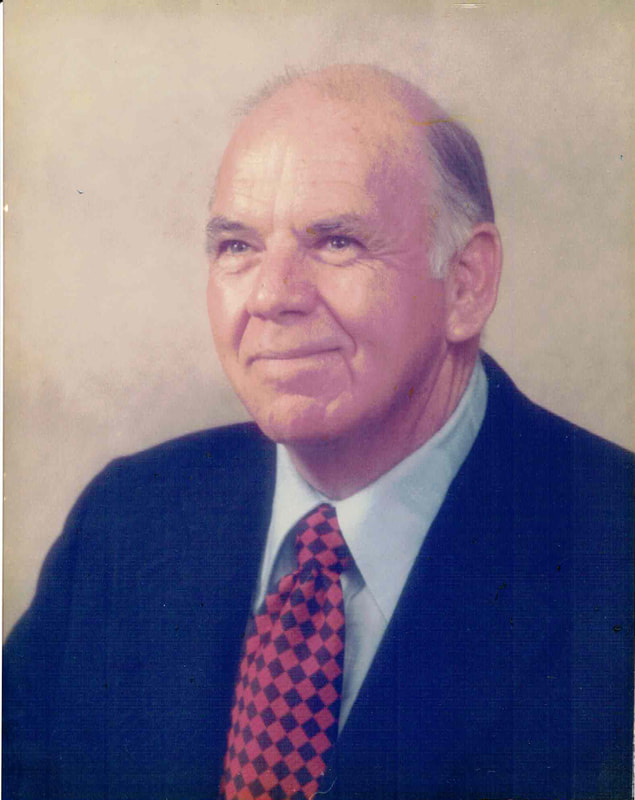 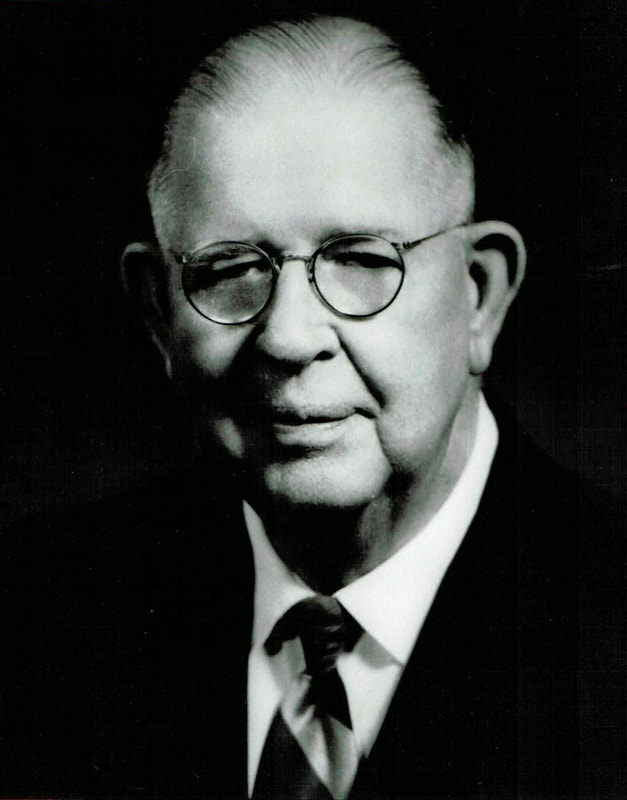 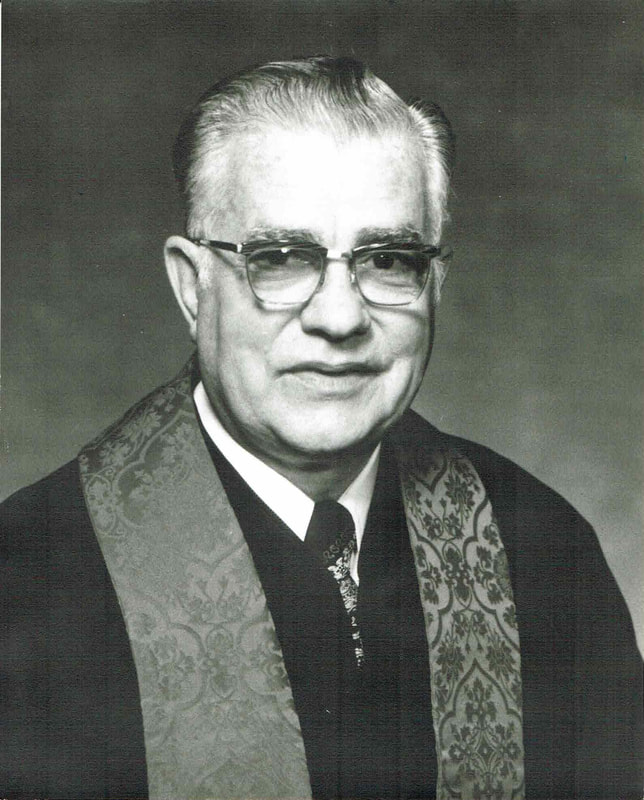 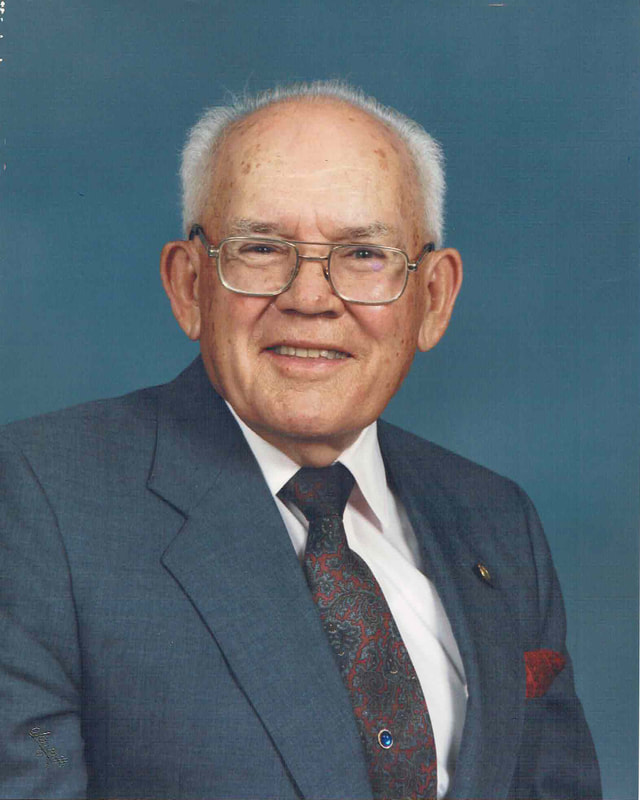 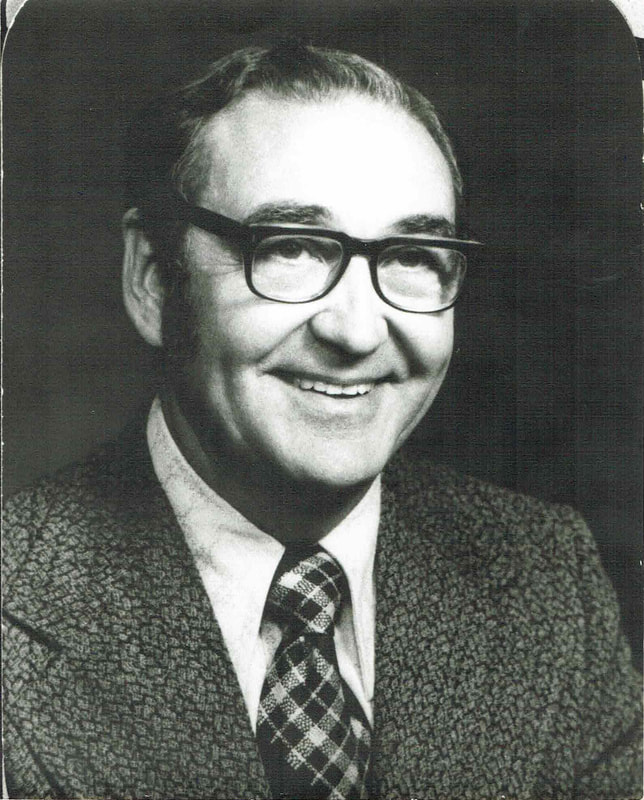 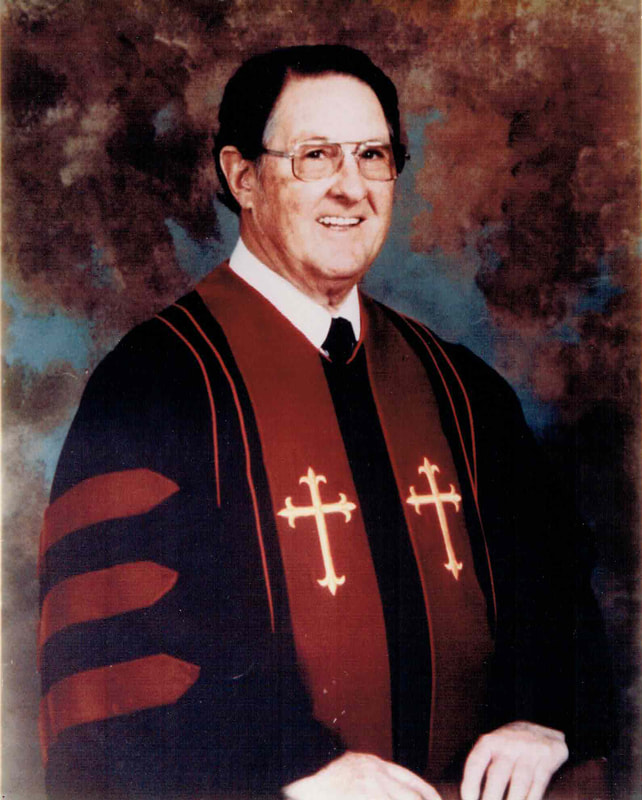 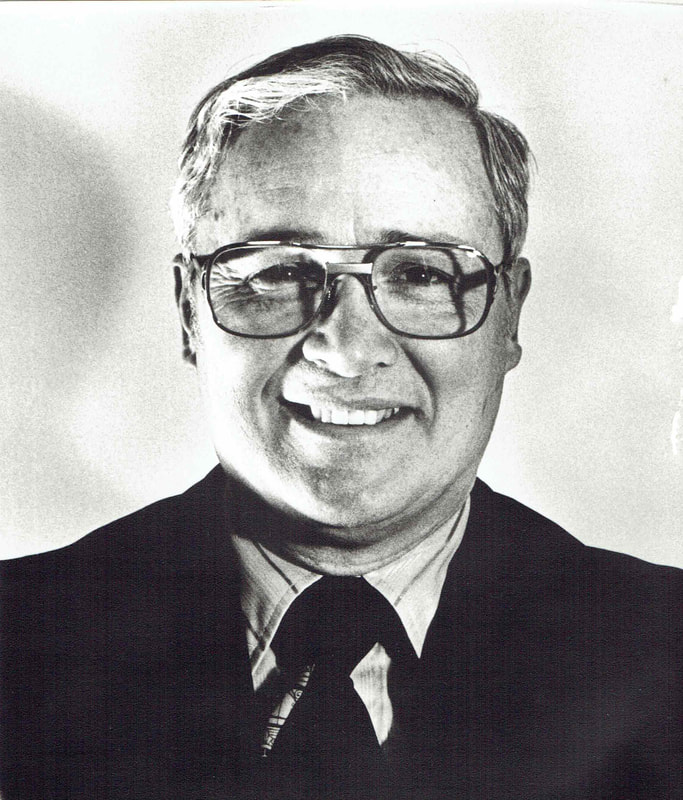 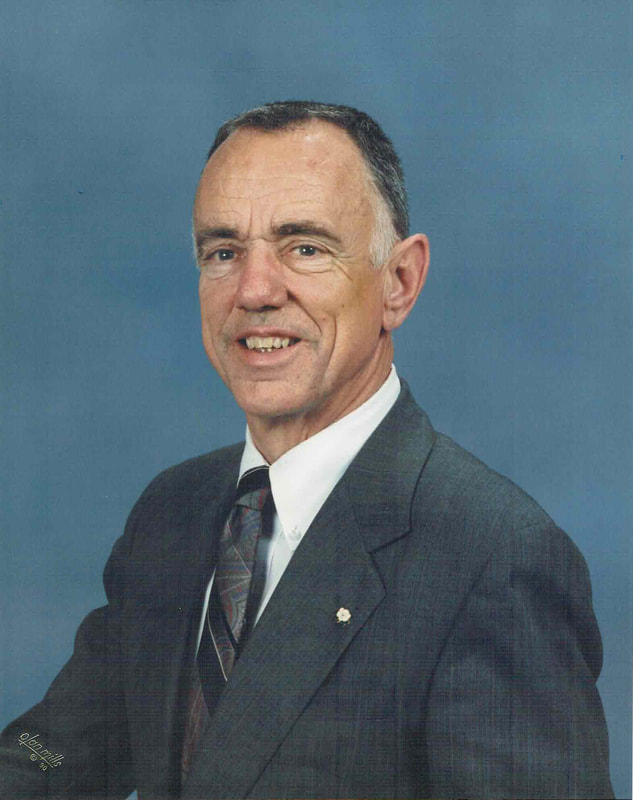 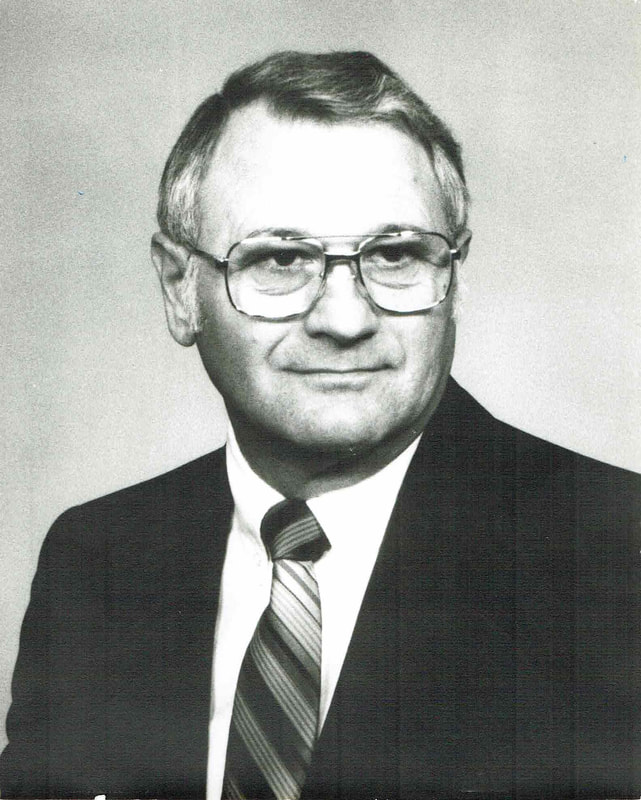 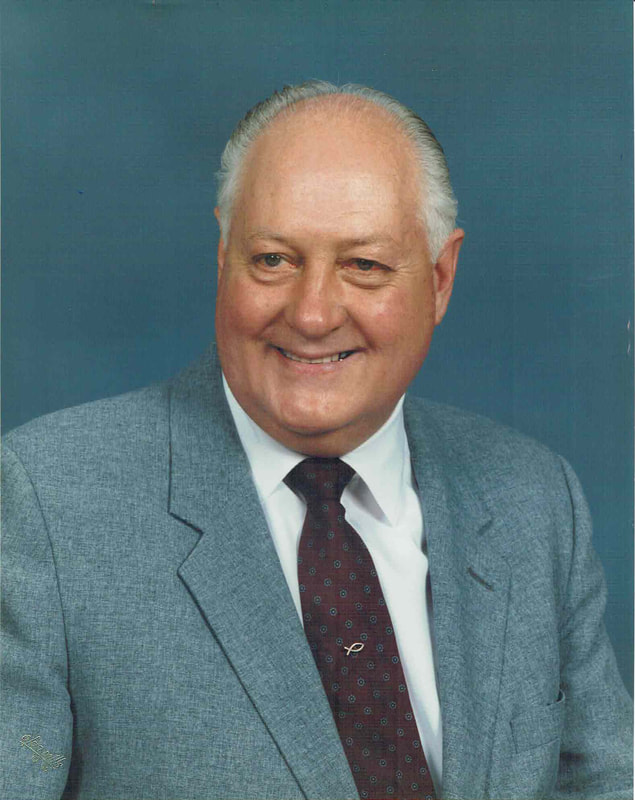 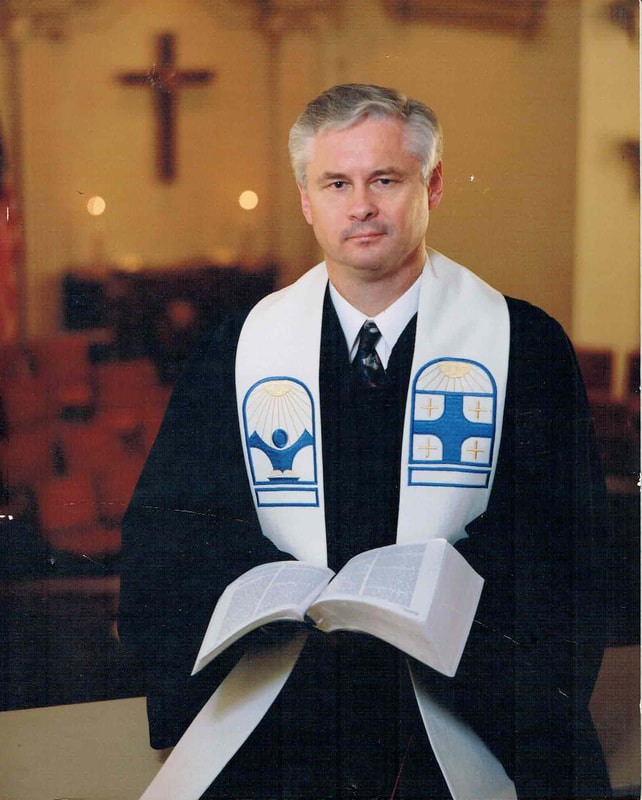 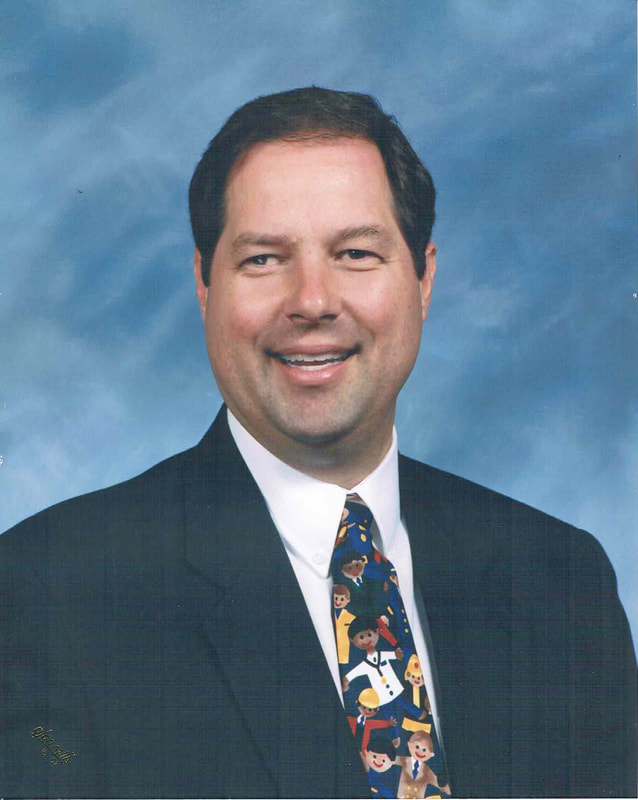 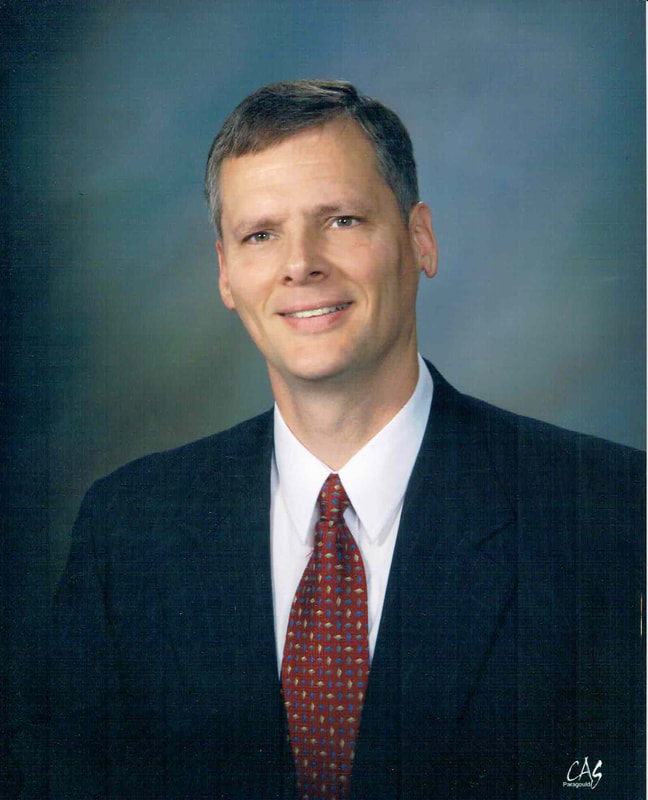 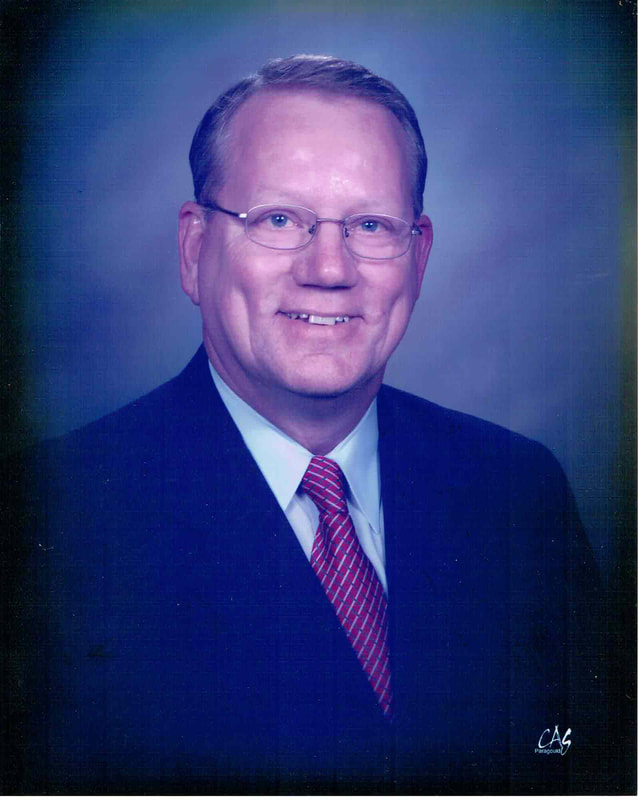 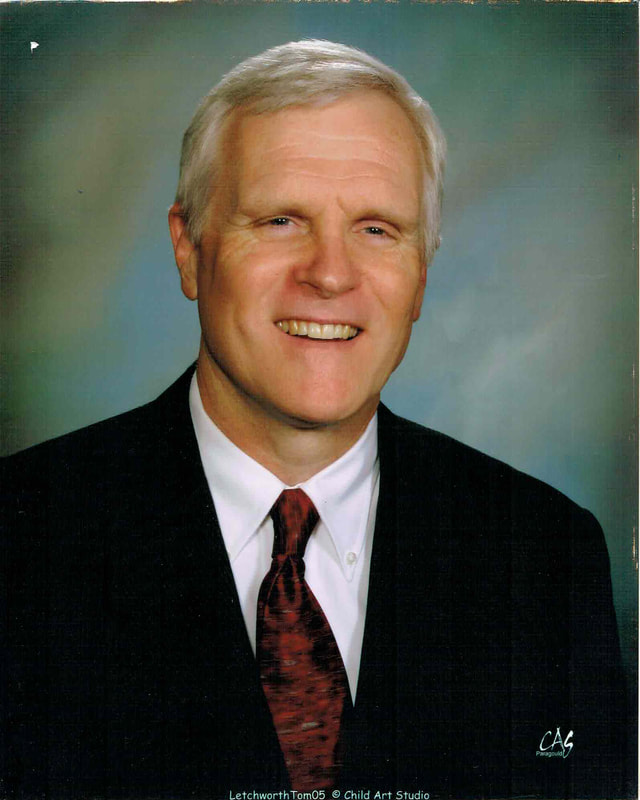 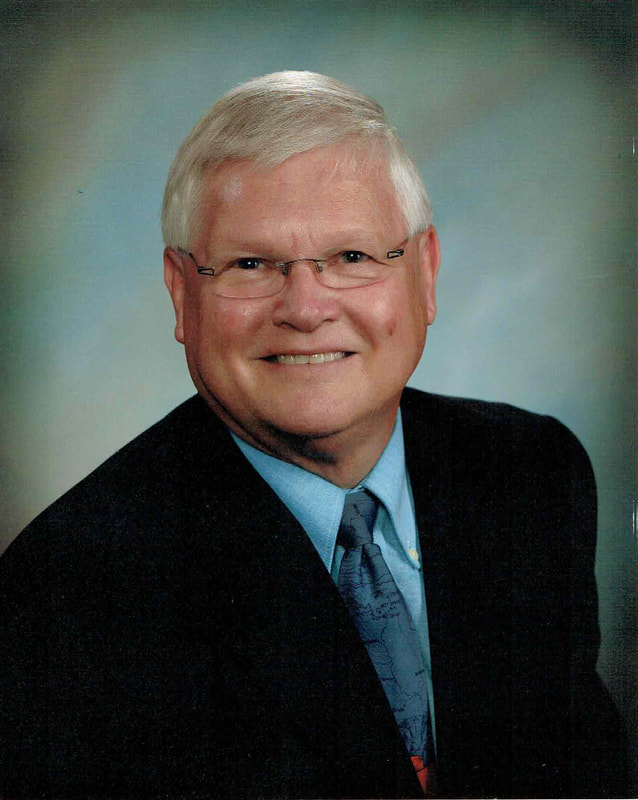 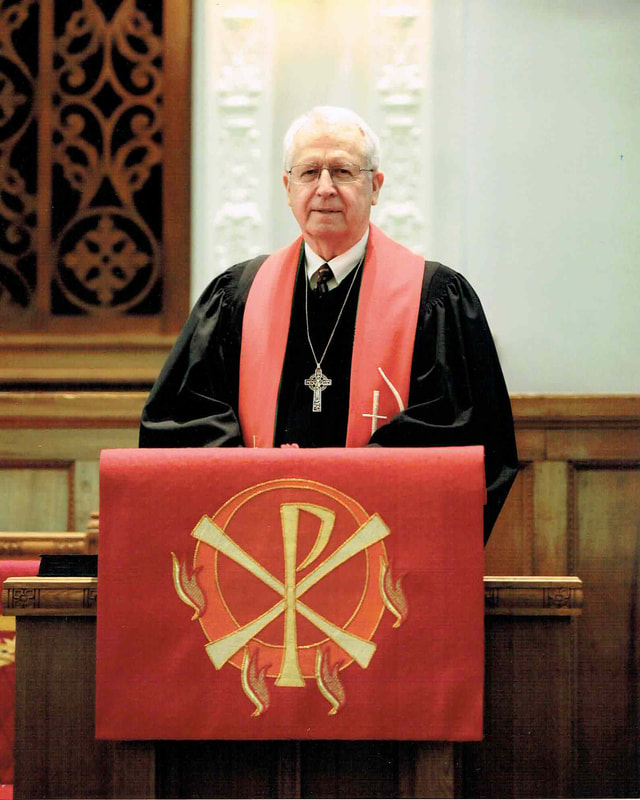 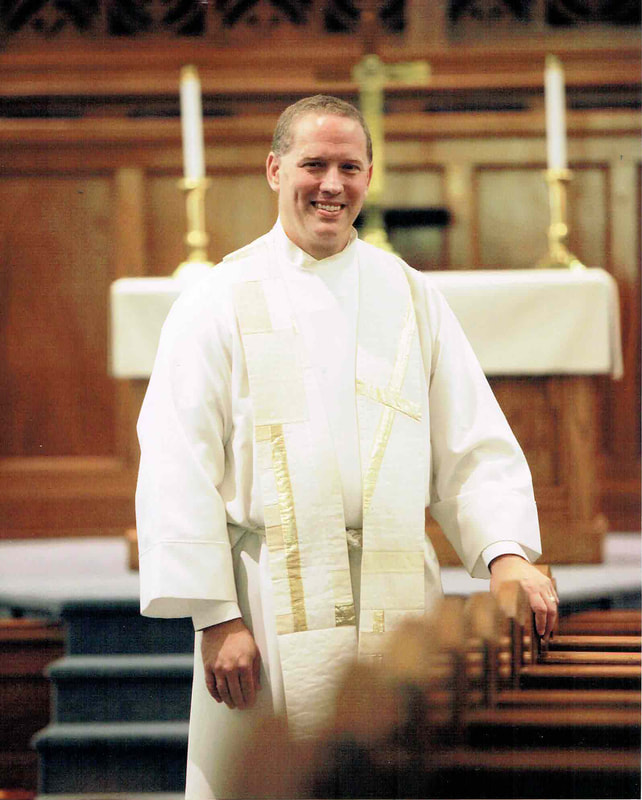 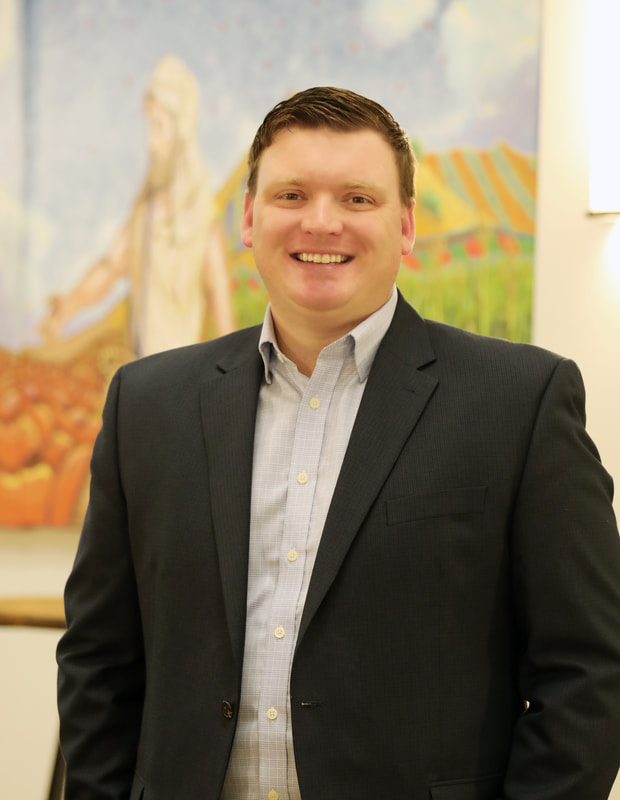